My grandmas lost their husbands within 6 months of each other. One of them had, in her lifetime, sailed across the Pacific Ocean taking 4 years to do it with my grandpa at the helm. The other had lived a quiet & uneventful but very happy life in Leisure World with a few friends & a very happy marriage.

They lost their husbands slowly, each to different illnesses, each having a different world crash down around them as they faced the same husband-less reality.

In the throws of widowhood, my sailing grandma began to regularly attend church for the first time in her life, made friends there, joined a widows group and worked in childcare. She, in some ways, changed her life radically. She was doing what SHE wanted to do. It was delightful and interesting to see.

My quiet grandma stayed quiet. She seldom left her house, rose early, went to bed early and kept the television on for all the time in between. My grandpa’s chair was kept where it had always been, expectant of him, in honor of him, a symbol that he had sat beside her.

Recently, my mom told me about a visit with my quiet grandma. She told me how surprised she was when my grandma expressed interest in visiting a friend, neighbor and widow who lived just 50 feet from my grandma’s front door. My mom (the opposite of quiet and quite the socialite) gladly took her over to visit the friend. She told me about how the two of them chatted and in turn, shed tears together over the husbands they missed. They concluded that they should get together more often.

As we come upon Valentine’s Day, a day I hear so many refer to as “Single’s Awareness Day” – I am reminded not of my young unmarried friends, but of my dear grandmas and most especially, my quiet grandma.

Another thing about her – her previous husband (my actual grandpa) was the fire chief at El Toro Marine Base and on Thanksgiving, 1986 he died suddenly of a heart attack. He was 56 years old. My quiet grandma knew the pain & loneliness that was facing her as her second husband lay dying. She had met widowhood in an instant the first time and in slow anticipation the next.

I think that given that path I would be quiet, too.

She is not just “alone” but lonely; there is a tremendous difference between the two.

This is not to condemn quiet personalities or home-bodies who are happy in their ways, but to look at the heart of someone crushed by grief and without a clear path out. Someone re-tracing old paths worn deep that only they can walk. Someone who’s will to jump out of the hole is gone; maybe it was beaten down by too much grief or maybe it just seemed pointless to jump. Hope extinguished.

I want to offer a few things to those of you who feel loneliness looming over this Friday the 14th:

– Be with others: If you are dreading feeling lonely, take action and do something about it. Valentine’s (just like any day) doesn’t require a romantic interest, but should be spent in a way where you are loving of yourself. If you want to go out call a friend, a sibling, maybe even your grandma and make their day less lonely too.

– Be alone: If you would rather be alone, that’s ok, too. Sometimes, when we have lost someone significant, we need to just be alone as a way of honoring the void their lives filled in ours.

– Be honest: I think that my sailing grandma triumphed in this. She took a look at her life and what she wanted to do with the rest of it and then made it happen. Do what fits you, not what is expected.

– Be healthy: this is where I think my quiet grandma got tangled. Instead of admitting she needed companionship or that she indeed is very lonely, she opted to quietly suffer and filled the people-void with television. Talk to someone, reach out or let those reaching to you in. Sometimes, we are more alone than we think and we fail to see the people around us who care. I think my quiet grandma is starting to see them again. 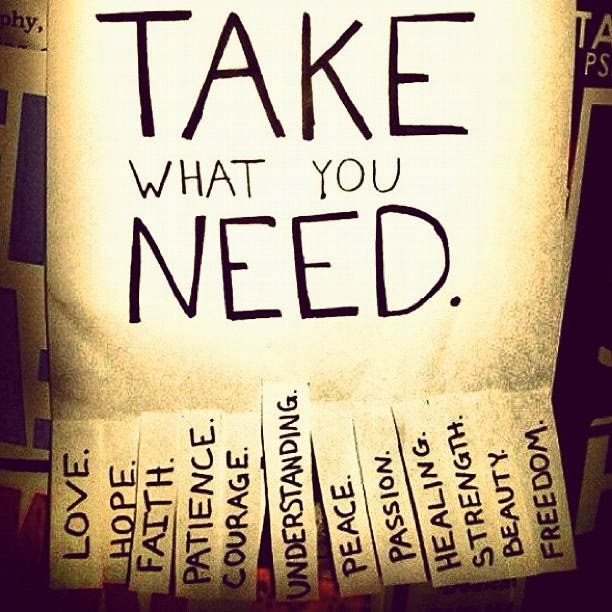 Being Alone: we are terrified of this idea, but it’s really what we make of it. Being alone is ok, it’s not bad, it’s not easy but it also doesn’t have to be really hard. It’s clear from my two grandmas that on one side there is color, vibrancy and life and the other is darkness, sorrow and stagnation.

Gandalf (from Lord of the Rings – not nerdy cause everyone loves it, admit it, you do, too) says it best, “All we have to decide is what to do with the time that is given to us.“

I wish each of you a Valentine’s Day spent in a way that is honest, healthy and just right for you.

Take what you need.

How will you be spending Valentine’s Day?

Has your grief journey been similar to either of the grandmas?