Christmas in 1952: Tragical to Magical

Christmas in 1952: Tragical to Magical

December, 1952 – I was 5 years old.  There was a walkway from the street to the back door, which my brothers kept shoveled despite snow that was higher than our heads.  The plowed and drifted snow banks were up to the second floor of the house.  I am the youngest in a family of eight.  Six of us were still at home.

March, 1952. ALL the Anderson children, upon arriving home from Mama’s funeral. If you notice, we all attended. There was no question that I at 5, was too young or should not attend. I am happy to have this picture and comforting proof that I participated and was there with my family to honor my Mama.
From Left to right: Phillip in front, John behind, Esther, Anne (front) Naomi, Ruth, Daniel, David. (Car was Uncle Bill’s new Olds).

Mama had died that March at home after a long illness.  I turned 5 that April.  Then daddy died in October and there we all were.  Alone in a big, drafty old dilapidated 17-room house that was not insulated.  That was why the snow was piled so high around the sides.  My brothers used it as a form of insulation.  Shoveled and packed tightly against the house, it kept it warmer, actually.

But now it would soon be Christmas.  How would there ever be a Christmas this year?  What could we possibly get for each other with no money and no parents?  If mama and daddy could be taken away, who could say if Santa would even come to our house?  I had my doubts and fears and my little heart was sad and empty.

In 1952, there was no such thing as welfare.  There were no agencies to watch over a small family of kids in a tiny town in the Upper Peninsula of Michigan.  Our oldest brother was able to become executor over an old car and this house that daddy had bought for $350 before I was born in the 1940’s. 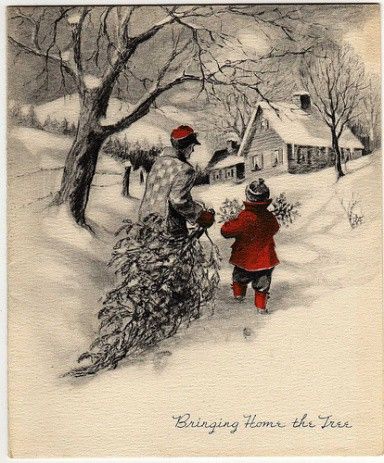 Our oldest sister was able to come home and become our legal guardian.  Daddy had served in World War I, and there was a small amount of orphan’s pension that would eventually come each month to cover basic food and utilities.  But daddy had just died.  All that would take time and Christmas was looming quickly and bleakly.

A moment of excitement came one day when my older brothers, who had been gone all day, burst noisily in through the front door. (This was the company door and only used when company came.) The “front room” was the only room with a rug that looked nice.  This was the room where mama’s casket was placed when people came to call.  It was closed off and not heated in winter.

Here were my brothers, covered with snow, freezing cold, laughing and dragging in a tree they had found and cut.  Not an easy task, trudging through deep snow in the woods, cutting and dragging home a tree for us.

Decorating the tree was special.  Mama’s ornaments came out.  A few strings of lights… Plastic icicles that caught the light, colorful, fragile glass balls, candles, and angels.  There were long strings of tiny glass beads, more broken every year but still usable.  Finally the tinsel! Made of real aluminum and put up one strand at a time, careful not to pull too hard or it would break.  It had to be saved from year to year.

I remember lying on the floor at night, propped up on my elbows in front of that lighted tree, with my brother Phil, with his arm around me.  The room was freezing cold, but it was magical. We had the tree and decorated it in all of our very best. Surely Santa might still come.  Would he?  I stayed there as long as I could stand it, night after night, dreaming and hoping.  Phil was always beside me, with his arm wrapped around me for warmth.

On Christmas morning I was afraid to go down.  I hesitated.  We read the Christmas story in Luke chapter 2 in the prayer room.  We prayed and thanked God for keeping us.  Then we opened the door and went into the front room. 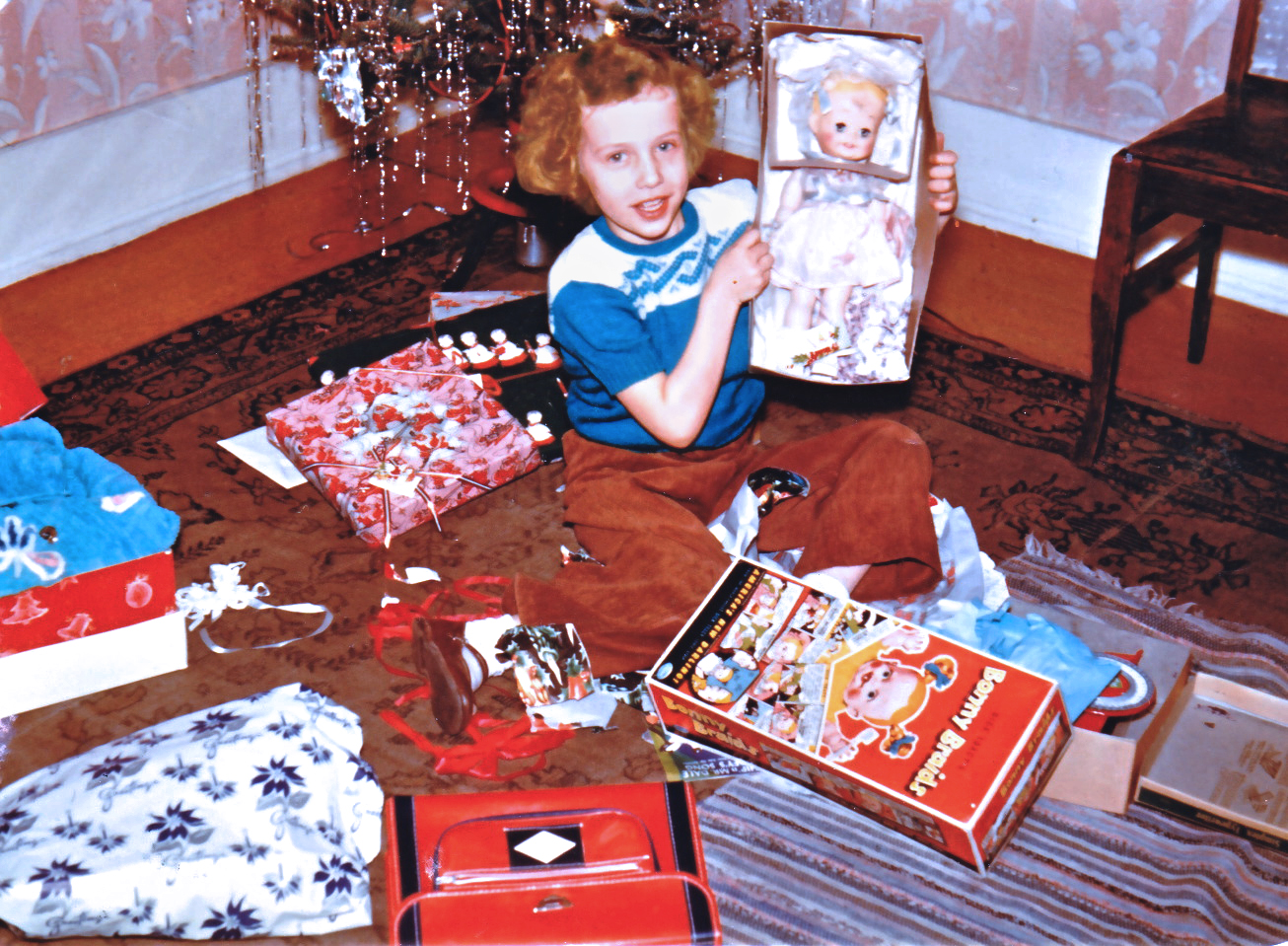 The room was filled with magic!  Gifts from Santa were never wrapped.  There were so many things from Santa and they all seemed to be just made for a little girl!

He DID come!  He DID find our house!  I remember several, but the one I still have in my possession to this day was “Bonnie Braids”, the Dick Tracy walking doll.    (But that is another story!)

Unknown to me, the people of that little town, almost to a person, came here and there, wanting to leave money or a gift for the little orphan girl who just lost both of her parents in the mere months before this Christmas.  So my older siblings made the magic happen.

All I knew was this:  If Santa could find the house of one little girl far in the north and the snow and make her so happy, then maybe there would be more to be happy about another day.  I decided that my life was going to be mostly ok after all.

Do you have a favorite Christmas you would like to share?  I for one would love to hear about it.